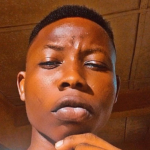 Barcelona b  has seen some b team players move up to the first team in recent years. It has always been Barcelona tradition to promote players from their b team, LA masia has produced world class players in football, Lionel messi, Andres iniesta, xavi, pique, Sergio busquet all came through LA masia.

Koeman has shown his desire and willingness to promote players by giving young stars like mingueza, araujo and ilaix moriba a chance in the first team.

We take a look at some exciting Barcelona b players likely to make it to first team next season.

The left footed young star has been lightening up for Barcelona b, some fans likened him to Leo messi.

Alex collado deserves a place in the first team but the numbers of attackers in first team is making things seems tight for the young star. Not withstanding the coach might give him a chance to show his talent.

The young left back has been labelled to replace jordi alba in the first team in near future.

Barcelona has failed to find a challenging backup option to challenge jordi alba for a starting spot at the left back position, with Lucas digne, junior firpo both failing to reach full expectation.

Alejandro balde might be the next bet to challenge jordi alba for a spot in the first team for next season.

The young midfielder has been impressive for the b team and is also on the verge of promotion.

Due to the crowded midfielders in the first team, it looks very unlikely to happen soon.

But no one can tell, ilaix moriba secured a first team promotion even with the numbers of midfielders in the senior team.